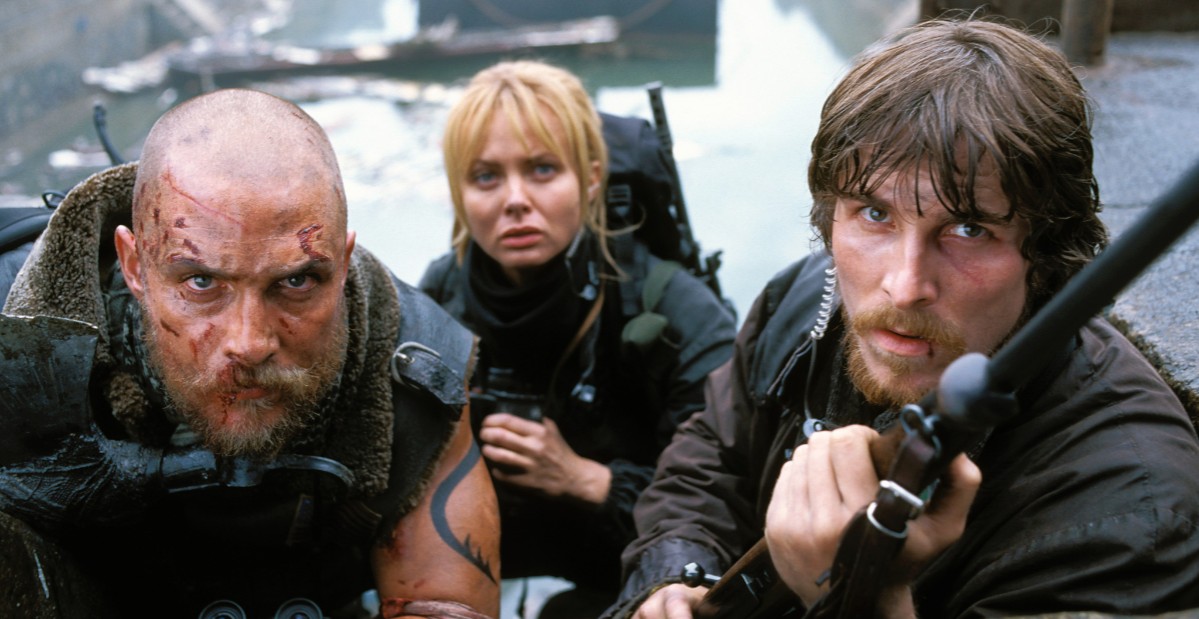 Gregg Chabot and Kevin Peterka sold their Reign Of Fire screenplay (originally titled Where Heroes Go Down) to Fox 2000 back in 1996, but the project never materialized.  In 2000 Reign Of Fire was picked up by Spyglass Entertainment, which was flush with capital from their global box office smash The Sixth Sense (1999) and Spyglass squandered a good amount of their cash reserves on this would-be blockbuster, which lost $70 million.

Spyglass fully financed Reign Of Fire and hired World 2000 Entertainment to get access to the Irish tax incentive program Section 481 — where the budget was reported as €90 million (roughly $100 million USD) and €10.5 million was raised through section 481.  Reign Of Fire was the most expensive film ever shot in Ireland at the time.

Spyglass was based at Disney (until October 2002) and the mouse house distributed the pic in most markets.  Disney slated the big-budget picture for a prime summer opening on July 12, 2002 where it bowed against Road to Perdition, Halloween: Resurrection and The Crocodile Hunter: Collision Course.  Reign Of Fire had excellent audience awareness going into release, but reviews were mostly terrible and it primarily appealed to just one quadrant — young males.  It placed #3 for the weekend, with a disappointing $15,632,281 — led by Men In Black II in its second frame.  Reign Of Fire had poor legs and sank 53.2% the following weekend to $7,317,994 and fell 52.6% in its third session to $3,469,035.  The domestic run ended with a poor $43,061,982.

The overseas cume stalled at $39 million.  The worldwide gross was $82.1M and Disney would see returned about $45.1M after theaters take their percentage of the gross — far less than their global P&A expenses.  Disney Chairman Michael Eisner noted the loss from the film, which offset profits from the animated hit Lilo & Stitch: ”Needless to say, failure like ‘Bad Company’ and, much less, ‘Reign of Fire,’ are the downsides of any quarter.”  Reign Of Fire was a major blow to Spyglass which hadn’t had a hit since The Sixth Sense in 1999 and Shanghai Noon in 2000.