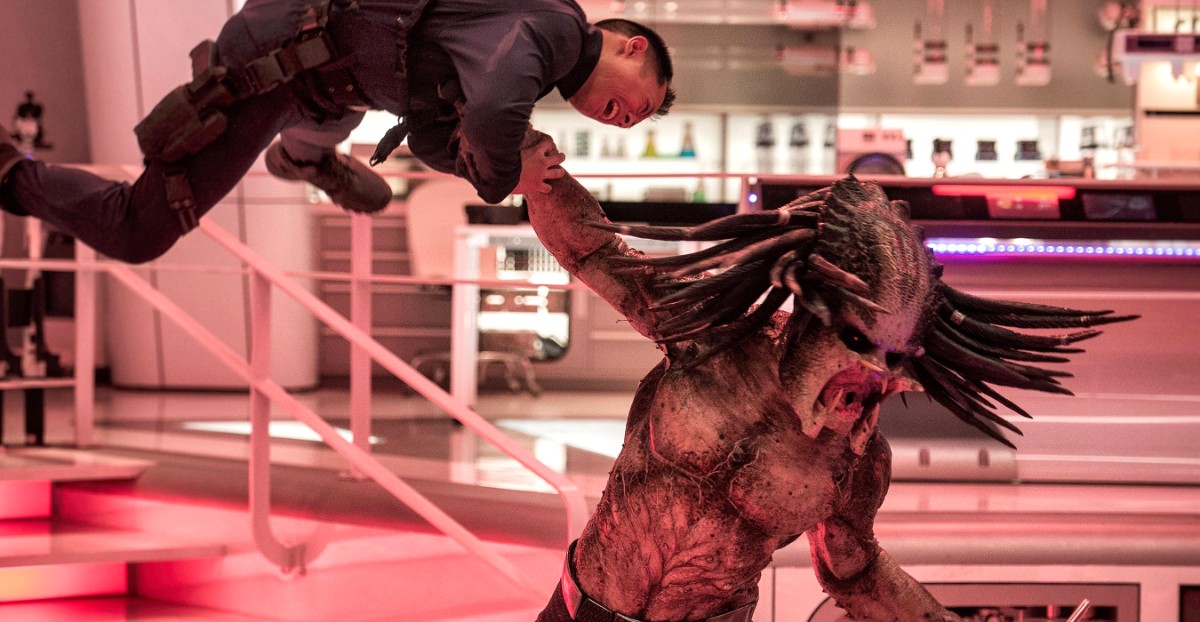 Shane Black became attached to The Predator in June 2014, just two weeks after it was announced that he finally landed a greenlight for his long gestating project The Nice Guys (2016).  Development continued on The Predator while Black went off to helm The Nice Guys.  This project also marked the fifth collaboration between Shane Black and producer Joel Silver, after Black’s 2005 first directorial effort Kiss Kiss Bang Bang and then The Nice Guys — as well as his screenplays for The Last Boy Scout and Lethal Weapon.

FOX financed the picture with capital from TSG Entertainment, which invests into the studio’s slate of films.  After nearly three decades of disposable sequels and godawful franchise mashups with the Alien series, the studio wanted to turn The Predator into an event picture.  FOX gave this a bump in budget over the previous entries and the budget for The Predator was $88 million after tax rebates.

The initial release date was penciled in for March 2, 2018 and then it was shifted to February 9, 2018 and moved again to August 3, 2018.  When FOX tested an early edit, the audience response was mixed and The Predator was sent back for over two weeks of reshoots to retool most of the third act.  Once the reshoots were issued, the release moved again to September 14, 2018.  A 3D conversion was also announced by FOX, but that was scrapped, since according to screenwriter Fred Dekker (Night Of The Creeps) “we may have done too much 11th hour tinkering to make it possible.”

Trailers and marketing material were mostly met with fan indifference and The Predator was showing no improvement in tracking over the previous installment Predators (2010), which was produced at a far more economical $38M.  FOX did support the release with a huge global marketing blitz that was estimated to be near $120M.  It bowed against A Simple Favor, White Boy Rick and Unbroken: Path to Redemption.  Reviews were mixed leaning negative and The Predator disappointed with $24,632,284 — placing #1 for the weekend.  Auds gave the movie a crummy C+ Cinemascore and in typical genre fashion, The Predator plummeted 62.7% to $9,176,459 in its second frame and fell 57.9% to $3,860,826 in its third session.  The domestic run closed with $51,024,708.

The Predator had also shown a lack of audience growth in the international market and after a mediocre run, the new addition of the burgeoning China market was the picture’s chance to get out of the red.  It opened in PROC with a so-so $19,516,425 but then sank 81.1% the next weekend to just $3.9M, ending its chances at breaking out. The offshore run stalled at $109,517,426.

The Predator closed its worldwide run with $160.5M.  FOX would see returned about $88.2M after theaters take their percentage of the gross — which leaves tens of millions worth of P&A money in the red and the budget untouched by the theatrical receipts.