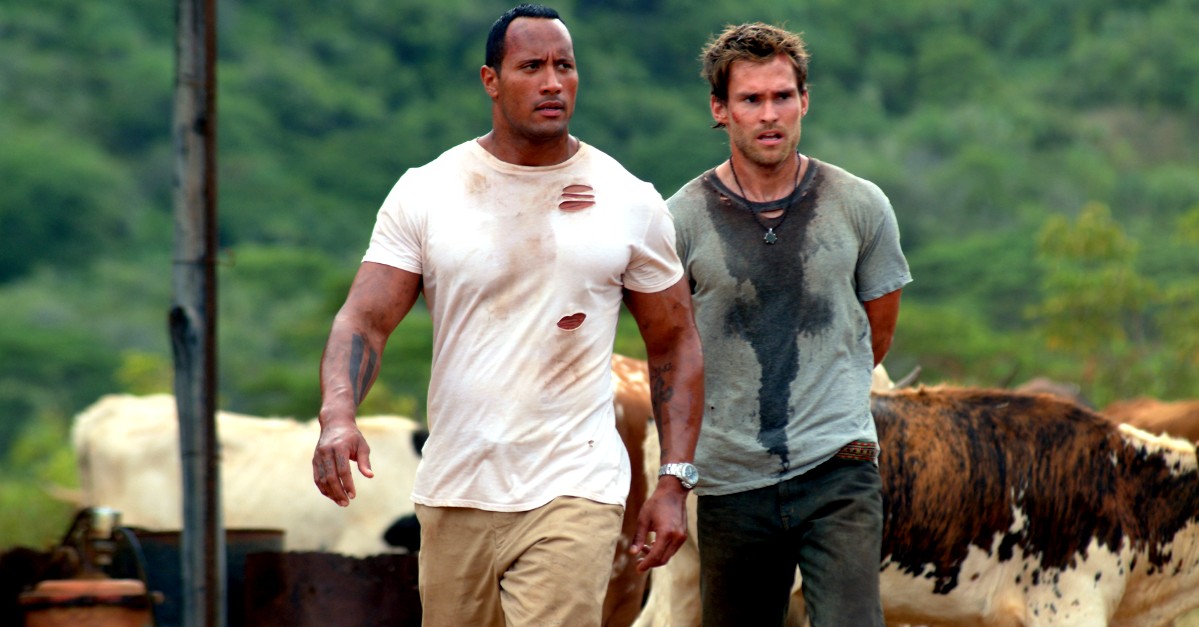 Universal picked up the rights to what was originally titled Helldorado after Columbia Pictures put the project into turnaround.  Universal greenlit the production at $75 million, but the budget for The Rundown went over from vfx expenses to $85 million.   Universal then partnered with Columbia to offset the rising costs, who came back onto the the project in post production and took international rights to the picture.

Universal paid Dwayne Johnson $12.5 million to star in his first solo project not based off of a pre-existing franchise, after the studio saw success with his turns in The Mummy Returns and The Scorpion King the year prior.  Attempts at establishing a Rundown franchise were aborted after the poor box office numbers.  Before finding his footing as a reliable box office draw, Dwayne Johnson weathered a series of flops that began with The Rundown, then Walking Tall, Doom, Gridiron Gang and Southland Tales.

Universal distributed The Rundown in the US and had high hopes for The Rock vehicle and held sneak previews at 700 locations the weekend before it opened to help spread word of mouth.  It bowed against the female skewing Under the Tuscan Sun and the comedy flop Duplex.

The picture opened within expectations at $18,553,765 in 3,152 theaters.  The Rundown placed #1 for the weekend and even with solid reviews and an A- cinemascore from audiences, the film sank quickly at the box office.  The Rundown declined 47.8% in its second frame to $9,682,780 and 46.2% in its third to $5,208,445 and left theaters with a very disappointing $47,726,342.  Universal would see returned about $26.2 million after theaters take their percentage of the gross, leaving some of the P&A spend in the red and their exposure to the budget untouched.

Columbia used another working title Welcome To The Jungle in most markets overseas and saw terrible results, with a weak $3,742,875 from the UK as the highest gross.  The overseas cume was just $33,190,150.