“Wonder Boys was a huge disappointment personally. I loved the movie, it had a fantastic screenplay and a great cast and we didn’t even get critically acknowledged as far as awards go. I thought it was a f-cking disgrace. I’ll be honest – it really hurt my confidence. It was a punch in the gut. In fact, it was my father who helped me through it. His favourite movie is Lonely Are The Brave. Nobody saw that when it came out, nobody’s seen it since. My father’s disappointment in that movie helped me get over mine with Wonder Boys.”
—Michael Douglas 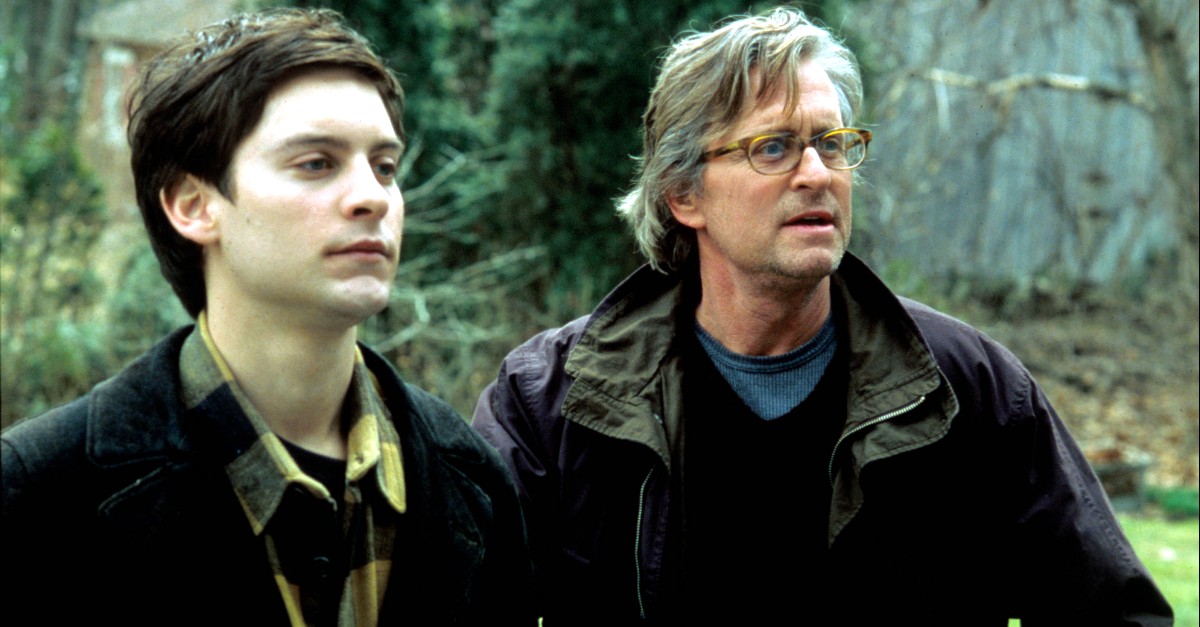 One month after Michael Chabon’s novel Wonder Boys was published in March 1995, producer Scott Rudin purchased the rights and then had to renew the option years later.   The budget for Wonder Boys was $35 million.  The Mutual Film Company was the majority financier and foreign rights holder and had three foreign investors that would also distribute Mutual’s products — BBC (U.K.), Tele München (Germany) and Toho (Japan).  Mutual also handled sales to distributors in other markets.  Paramount also co-financed Wonder Boys and invested less than $10 million for the domestic rights.

Wonder Boys was expected to land an end of the year 1999 release and be apart of Paramount’s award slate, but the picture tested poorly and the studio and filmmakers began to feud over the release strategy.  Rudin and director Curtis Hanson were pushing for a Christmas 1999 release, but the studio eventually decided it would not back the picture in 1999.  There were talks about positioning it as summer counter-programming and even delaying the release until the end of 2000.  Paramount opted to dump Wonder Boys with a deadly release date on February 23, 2000 — one week after the Academy Award nominations were announced and Best Picture nominees such as American Beauty and Cider House Rules would siphon any audience Wonder Boys might have.

Making matters worse for the commercial potential of Wonder Boys, was a truly atrocious marketing campaign, which also prompted heated debate between the filmmakers and the studio.  The closeup headshot poster of Michael Douglas was criticized as being creepy, the trailer was a total flatline, the TV spots were misguided — including ads that looked like Weekend At Bernie’s, with Douglas dealing with the aftermath of a dead dog.  It was clear Paramount had no idea how to market the picture.  Even screenwriter Steve Kloves said “you couldn’t have gotten me to the movie they seemed to be promoting if you put a gun to my head — and I am this movie’s target audience.”

Despite an ad campaign that made Wonder Boys look like the least important movie to see in recent memory, critics championed the film.  It opened against the stinker Reindeer Games and was booked into 1,253 theaters and Paramount planned on a small expansion the following weekend to about 1,500 locations.  Wonder Boys pulled in an underwhelming $5,808,919 — placing #7 over the slow weekend led by the holdover The Whole 9 Yards.  Those poor test screening numbers also translated to a miserable C cinemascore from audiences.  The movie expanded to 1,504 theaters in its second session and declined 30.2% to $4,053,226 and then lost 35.5% of its audience in its third frame to $2,612,849. Wonder Boys was soon out of release the first week in April with $18,441,753.

Right after the movie was pulled, director Curtis Hanson and Scott Rudin used their clout to convince Paramount Pictures vice chairman Rob Friedman to re-release Wonder Boys at the end of the year.  The studio recognized that Wonder Boys was not serviced well by the initial marketing and in June they made the extremely rare decision to re-release the movie, with the hope that a revamped marketing campaign would attract an audience.  Paramount even canceled their ancillary deals that were in place, (video, hotel, airplane, etc.) that were worth millions, to schedule the picture back into limited release and give it a proper awards campaign.

With a new trailer, poster and awards pedigree, Wonder Boys was booked into 15 theaters on November 10 and auds could care less.  It pulled in $87,505 with a $5,833 per screen average.  Wonder Boys remained in about a dozen locations until the end of January and had only added $951,804 from the re-release.  The domestic run closed with $19,393,557.  Paramount would see returned about $10.6 million after theaters take their percentage of the gross, far less than their P&A spend.  One month after it was out of release it landed 3 nominations for Screenplay, Editing and Original Song, which also would not have helped attract more auds.

Wonder Boys was also a bust overseas, where it pulled in $14 million across numerous distributors.